Messiah is an English-language oratorio composed in 1741 by George Friedrich Handel, with a scriptural text compiled by Charles Jennens from the King James Bible, and from the version of the Psalms included with the Book of Common Prayer.

In Part I the text begins with prophecies by Isaiah and others, and moves to the annunciation to the shepherds, the only “scene” taken from the Gospels.
In Part II, Handel concentrates on the Passion and ends with the “Hallelujah” chorus.
In Part III he covers the resurrection of the dead and Christ’s glorification in heaven.
When King George II attended a royal performance of Messiah he stood up for the Hallelujah Chorus in honour of the King of kings. When the king stood everyone in his presence had to stand. So it became the tradition for the audience to stand up when the Hallelujah Chorus is sung, as millions of us have done in honour of the King of kings. 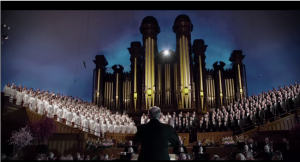 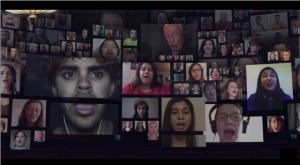 English, in America. Over 300 in choir with over 2,000 voices worldwide digitally 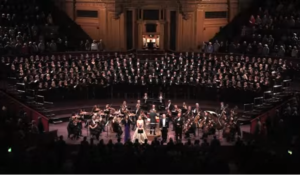 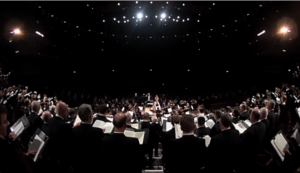 English, in London.  The Royal Choral Society has sung Messiah on Good Friday
at the Royal Albert Hall every year since 1876, this one in 2012 with the Royal Philharmonic Orchestra. 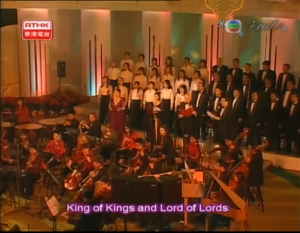 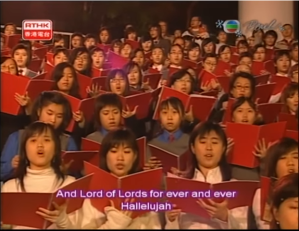 English, in Hong Kong, 2006, Christmas in the Park 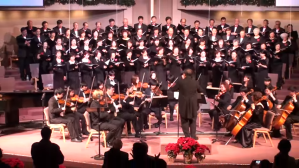 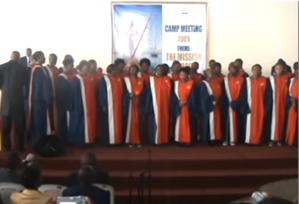 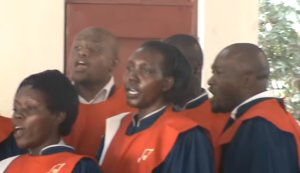 Swahili, in Kenya with a choir from Tanzania
See also combined choirs in Tanzania: 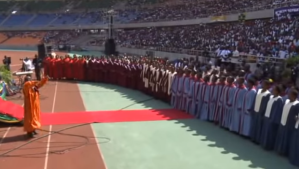 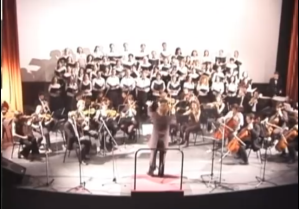 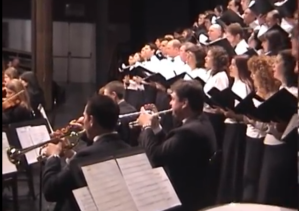 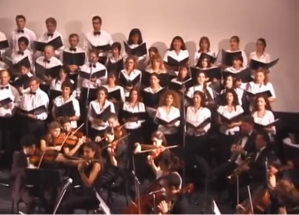 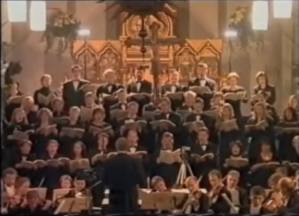 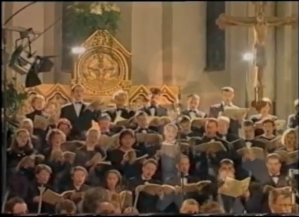