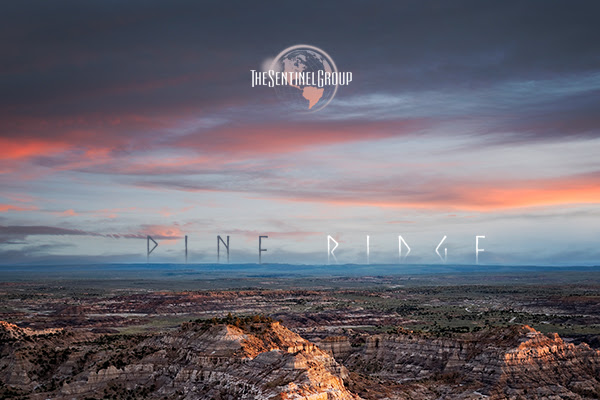 I want to update you on some recent and remarkable developments on the Oglala Sioux Indian Reservation at Pine Ridge. If you are not familiar with this reservation, it is located in South Dakota about 1.5 hours east of Mount Rushmore. As the site of the infamous Wounded Knee massacre, and home to Native luminaries such as Red Cloud, Black Elk, and Crazy Horse, it is one of the most influential Indian homelands in America.

Another purpose of this communiqué is to alert you to an imminent gathering that could alter the spiritual status quo throughout Pine Ridge, and indeed the entire Sioux Nation. Genuine revival is at the door, and we need all the prayer support that can be mustered on short notice.

Before I get into the details, allow me to offer a bit of backstory in case you have not been following our saga these past two years.

In early 2015, Pine Ridge was wracked by an epidemic of youth suicides. Many, many perished, with a significant number taking their lives in collective death pacts. As the momentum built, fear and grief hung over the reservation like a heavy, wet blanket.

Suspecting this was a spiritual assault on the next generation, a group of Native intercessors invited me to Pine Ridge to discuss the principles and power of transforming revival.

Recent insider accounts confirm the Evil One was indeed behind this carnage. Working through a handful of perverse medicine men, he launched a scheme in which vulnerable young people were drawn into sweat lodges and “prophesied to.” Several were told: “The spirits have shown me there will be 25 more suicides — and you will be one of them.” Sadly, these words proved to be curses, and those who heard them simply lost their will to live.

By June 2015, however, a spiritual counteroffensive was under way. Led by Norma Blacksmith and a small band of Native and non-Native partners, the power of the Holy Spirit was unleashed to break the bands of death. And as the suicides abated, many traumatized families (including prominent traditionalists) opened up to the love of God.

When I arrived to share the principles of transforming revival, the team on Pine Ridge could not have been any more receptive. They were eager to not just hear the word of the Lord, but to heed it. Not surprisingly, healings, deliverances, and conversions picked up across the reservation. It was clear the conditions were ripe for a significant breakthrough.

Earlier this month, I returned to Pine Ridge with Walo Ani, a dear friend and colleague from Papua New Guinea. Having walked with Walo for years, I knew his understanding of tribal culture and his extensive firsthand experience with transforming revival would be incredibly helpful. I was not disappointed.

PUBLIC REPENTANCE
Wade McHargue, one of our hosts, and a man of extraordinary faith and courage, offered this brief report on October 8:
“Thank you for praying for George Otis’ and Walo Ani’s visit. It was a powerful time. The presence of God was very tangible and the Holy Spirit spoke clearly through His servants. The week culminated with a unity service with five churches represented…  It was deeply moving to see many come forward to repent publically, and to make reconciliation and intercession. It was unlike anything I’ve seen since being here.”

SUPERNATURAL SIGNS
Ten days later, on October 18, Wade added these details:
“I believe we can say safely that we just witnessed an indisputable act of God here… the fruit of years of fasting and prayer, and a specific outgrowth of the time George Otis and Walo spent with us.
I’ve written before of the two principal medicine men here — Jerome LeBeaux and Rick Two Dogs. Jerome is the one connected to the killing of Todd Little Bull in August.
Jerome’s Sun Dance at Thunder Valley is the biggest on the Reservation attracting 500 or so people each year (with connections as far as Europe). The Sun Dance tree (or pole) bearing flesh offerings and tobacco ties is the central focus, and remains up year-round. Never, I repeat never, has anyone heard of anything like what happened here last week. A violent wind pulled that tree out of the ground and threw it down!!
Those trees are buried 7 feet into the ground… Everyone who heard about what happened knows it is supernatural.
Norma Blacksmith prayed specifically for this pole to be pulled down, and as I drove Walo Ani by it (the site is visible from the road) he also prayed for this to happen. Within days, it was laying on the ground. God did it!!!” 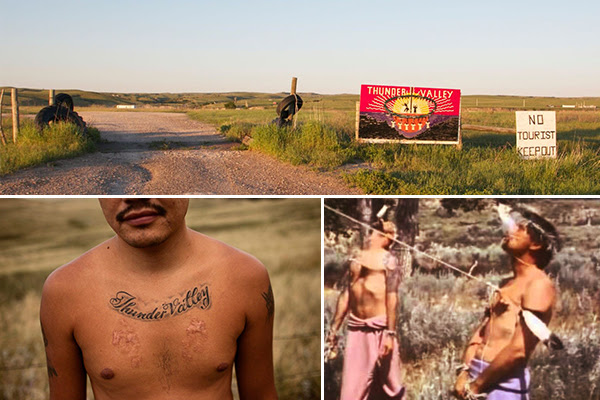 It is important to understand that God is moving in an unprecedented way on Pine Ridge. And He has been announcing His intentions to local intercessors beforehand so there will be no doubt about who is behind these mighty deeds.

Harrison No Neck, a key leader from the Kyle area, had four recurring dreams around the time God uprooted the Sun Dance pole.  In the dreams, he is taken by an angel to the various Sun Dance altars on the Reservation. The angel then says, “This is what the Lord God is about to do…” and proceeds to smite the ground until it caves in and the Sun Dance tree falls.

But this is not ALL that God is doing. As we have taught for many years, genuine transforming revival moves on multiple fronts. And this is what has been happening on Pine Ridge over the last few weeks.

Another promise of God was that He would deliver entire families from bondage and deception. It is EXTREMELY RARE for families or clans raised in Indian traditional religion to come to Christ wholesale, but this is exactly what has been happening! One high profile family, disturbed by the hypocrisy of medicine men and impressed by the power of the Living God, noted traditional Lakota cere­monies are often done in the dark while followers of Jesus do things in the light.

DRAMATIC HEALINGS
A few weeks ago, Wade McHargue was sharing with a Native man, Kelly Cedarface, who had been resuscitated by electric shock paddles after trying to hang himself.
“[Kelly] was afflicted in his back and had just found out about a tumor on his kidney. Seeing he was using a cane, I asked about his pain. When he told me it was a 9 on a scale of 10, I laid hands on him began to pray. I wish you could have seen the expression on his face as the power of God entered his body and instantly removed all pain. Priceless! He just looked at me with these stunned eyes, and together we gave glory to God.”
This is just one of numerous examples of God’s healing power being released in recent days. And word is getting out!  Convinced the followers of Jesus have real power, traditional Lakota are opening their hearts and homes to the Gospel.
CLOSURE OF ALCOHOL SHOPS

Two days ago, an excited Norma Blacksmith phoned me to share yet another sign that transforming revival is at hand. After decades of anguish, political wrangling, and intense intercession, notorious alcohol vendors in the unincorporated village of White Clay, gateway to the Pine Ridge reservation, are finally being shut down!

This is earthshaking news, and it took Norma several moments to form the joyous words.

An absolutely vile place, White Clay has become a hot bed of drug deals, human trafficking, and deadly fights. But worst of all, its alcohol trade has played a leading role in countless traffic fatalities, domestic tragedies, alcohol poisonings, and suicides across the reservation. An estimated 80 percent of Pine Ridge households are impacted.

How bad has it been? Consider the fact that White Clay’s four alcohol outlets sell more beer per capita than any town in America — nearly 4.5 million cans in a community with only a dozen full-time residents! Numerous TV reports and documentary films have highlighted the scourge, but until now, to no avail.

Thanks be to our GREAT GOD for His mighty and loving intervention! This will change things.

GATHERING OF THE SEVEN COUNCIL FIRES
Recognizing that God is moving in their midst, several Native leaders have summoned pastors and intercessors from the various bands and reservations that make up the Sioux Nation. This collective, known as the Seven Council Fires, is located primarily within the Dakotas.

On Saturday, October 29, these leaders will gather, in potentially historic fashion, to further humble themselves, repent, and call upon God to fulfill His purposes among the Sioux people — on Pine Ridge and beyond.

Here, in their own words, is the case at hand:

Dear Brothers and Sisters in Christ:
I am writing you with the thought of transforming revival the Lord wants for the Seven Council Fire Nation and beyond. The past couple days I have been learning from George Otis Jr. and Walo Ani about the transformation of entire tribes and how to heal the land.
I believe our next step is to unite God’s called spiritual leaders (followers of Jesus) from within the Seven Council Fires people to prepare a council meeting and ask the Lord to visit our Tribes and heal the land.
The strategy was placed in our hands. Now I believe we must carry the ball the rest of the way. I will be working together with you all to see sweeping revival that will change the fabric of our society to God’s honor.
I cannot properly relate the urgency of this gathering… We have many other commitments, I understand that. But this is concerning a visitation. We can no longer move forward with religious activity and no visitation from God.
The battle has begun!!! Hokahey!!! In Jesus’ mighty name!!!
— Joe Donnell, Joseph Cross and others

This important meeting will be led by Jerome Slides Off and take place near Eagle Butte, South Dakota. Jerome and others have requested urgent prayer covering for this time, and I believe all of us who champion the cause of revival should rally to this call.

To help guide your prayer time, I have included the following requests:

The Sentinel Group has filmed several powerful testimonies on Pine Ridge and will be making these available for viewing in the weeks ahead.