Jesus’ Advice Concerning The Top 5 Regrets of the Dying

Top 5 Regrets of the Dying 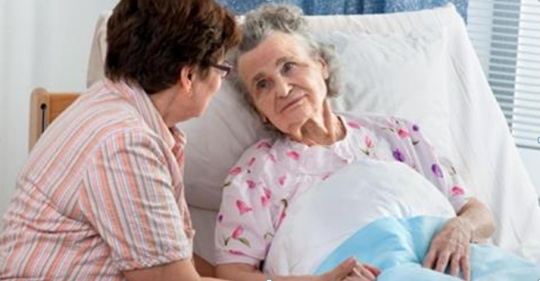 When we reach the end of our lives, do we have any regrets?  What stopped us from doing what we should, or what we were called to do?  One palliative care nurse, working for years with the dying, shared the top five things she hears from patients as they pass on.  I have added summary headings and a few quotes from Jesus and Bible passages that relate to those regrets.

1.  I wish I’d had the courage to live a life true to myself, not the life others expected of me.

“This was the most common regret of all. When people realize that their life is almost over and look back clearly on it, it is easy to see how many dreams have gone unfulfilled. Most people had not honored even a half of their dreams and had to die knowing that it was due to choices they had made, or not made.”

Jesus gives real life: “I came that they may have life, and have it abundantly” (John 10:10).  Jesus challenges us to lose our lives to find life.  “Then he said to them all, ‘If any want to become my followers, let them deny themselves and take up their cross daily and follow me. For those who want to save their life will lose it, and those who lose their life for my sake will save it” (Luke 9:23-24).   Paul adds, I appeal to you therefore, brothers and sisters, by the mercies of God, to present your bodies as a living sacrifice, holy and acceptable to God, which is your spiritual worship. Do not be conformed to this world, but be transformed by the renewing of your minds, so that you may discern what is the will of God—what is good and acceptable and perfect” (Romans 12:1-2). 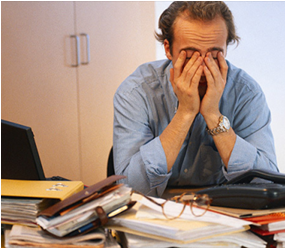 “This came from every male patient that I nursed. They missed their children’s youth and their partner’s companionship. Women also spoke of this regret. But as most were from an older generation, many of the female patients had not been breadwinners. All of the men I nursed deeply regretted spending so much of their lives on the treadmill of a work existence.”

Jesus said:  ‘Do not store up for yourselves treasures on earth, where moth and rust consume and where thieves break in and steal; but store up for yourselves treasures in heaven, where neither moth nor rust consumes and where thieves do not break in and steal. For where your treasure is, there your heart will be also” (Matthew 6:19-20), and added, “What does it profit them if they gain the whole world, but lose or forfeit themselves?” (Luke 9:25).

3.  I wish I’d had the courage to express my feelings.

“Many people suppressed their feelings in order to keep peace with others. As a result, they settled for a mediocre existence and never became who they were truly capable of becoming. Many developed illnesses relating to the bitterness and resentment they carried as a result. We cannot control the reactions of others. However, although people may initially react when you change the way you are by speaking honestly, in the end it raises the relationship to a whole new and healthier level.”

Jesus championed openess and honesty: “Let your ‘Yes’ be ‘Yes,’ and your ‘No,’ ‘No.’ For whatever is more than these is from the evil one: (Matthew 5:37).  He calls us to loving relationships: “I say to you, Love your enemies and pray for those who persecute you, so that you may be children of your Father in heaven; for he makes his sun rise on the evil and on the good, and sends rain on the righteous and on the unrighteous” Matthew 5:44-45).   ..

4. I wish I had stayed in touch with my friends.

“Often they would not truly realise the full benefits of old friends until their dying weeks and it was not always possible to track them down. Many had become so caught up in their own lives that they had let golden friendships slip by over the years. Everyone misses their friends when they are dying. It is common for anyone in a busy lifestyle to let friendships slip. But when you are faced with your approaching death, the physical details of life fall away. It all comes down to love and relationships in the end.”

Jesus emphasized loving relationships: “I give you a new commandment, that you love one another. Just as I have loved you, you also should love one another. By this everyone will know that you are my disciples, if you have love for one another” (John 13:35), and gave practical examples: ’ You have heard that it was said, “An eye for an eye and a tooth for a tooth.” But I say to you, Do not resist an evildoer. But if anyone strikes you on the right cheek, turn the other also; and if anyone wants to sue you and take your coat, give your cloak as well; and if anyone forces you to go one mile, go also the second mile. Give to everyone who begs from you, and do not refuse anyone who wants to borrow from you (Matthew 5:38-42).

5. I wish that I had let myself be happier.

“This is a surprisingly common one. Many did not realize until the end that happiness is a choice. They had stayed stuck in old patterns and habits. The so-called ‘comfort’ of familiarity overflowed into their emotions, as well as their physical lives. Fear of change had them pretending to others, and to themselves, that they were content. When you are on your deathbed, what others think of you is a long way from your mind. How wonderful to be able to let go and smile again, long before you are dying.”

Jesus reminds us that lasting joy is found in serving.  The night before Jesus died his friends argued about greatness – “A dispute also arose among them as to which one of them was to be regarded as the greatest. But he said to them, …  ‘But I am among you as one who serves’ (Luke 22:24, 27).  After washing his friends’ feet that night Jesus said: “I have set you an example, that you also should do as I have done to you. Very truly, I tell you, servants are not greater than their master, nor are messengers greater than the one who sent them. If you know these things, you are blessed if you do them” (John 13:15-17).

Selection from The Lion of Judah (5) The Resurrection of Jesus